On April 24, 2014,
The Marshall Islands filed landmark cases in the International Court of Justice and U.S. Federal District Court.
The Claim:
The nine nuclear-armed nations have failed to comply with their obligations, under the Nuclear Non-Proliferation treaty and customary international law, to pursue negotiations for the worldwide elimination of nuclear weapons.
They act for the seven billion of us who live on this planet to end the nuclear weapons threat hanging over all humanity.
Every one of us has a stake in this. (Link to petition) 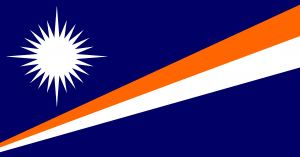 The Republic of the Marshall Islands (RMI) yesterday continued its efforts to compel the United States government to comply with its obligations under the Nuclear Non-Proliferation Treaty (NPT), asking a Federal Court judge to reject the U.S. government’s claim that the treaty cannot be enforced.

On April 24, 2014, the Marshall Islands filed a lawsuit in U.S. Federal Court, alleging the United States has violated its moral and legal obligations under the NPT by refusing to negotiate in good faith toward complete nuclear disarmament.

On July 21, the U.S. responded to these allegations by filing a motion to dismiss the lawsuit, arguing that the issue of U.S. compliance with the treaty is not subject to the Court’s jurisdiction. The U.S. position fundamentally asks the Court to look the other way or, otherwise interpreted, takes the position that the U.S. is above the law.

Yesterday, the RMI filed an Opposition to the U.S. motion to dismiss, explaining why the Court cannot and should not look the other way. Click here to read the rest of the press release. To read the full motion challenging the US motion to dismiss, or to sign the petition, visit Nuclear Zero.